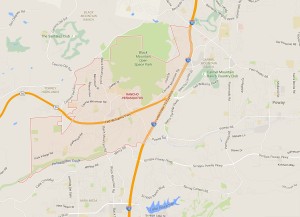 Rancho Peñasquitos is identified as a Planned Urbanized Community in the City’s Progress Guide and General Plan. Development of the community is nearly complete with only a limited number of sites still available for development. Approximately 51 percent of Rancho Peñasquitos is designated for residential development, 34 percent for parks and open space, and 2 percent for commercial. The community has a diverse topography that is characterized by numerous canyons, hillsides and ridges. The most prominent feature of the community is Black Mountain which rises to an elevation of 1,500 feet.

According to 2010 census estimates, the population of Rancho Peñasquitos is 51,208 and has median income of $105,708. Visit Sandag.org for more demographic details.

For more information on PQ history, check out The Friends of the Peñasquitos Canyon Preserve website: Peñasquitos.org