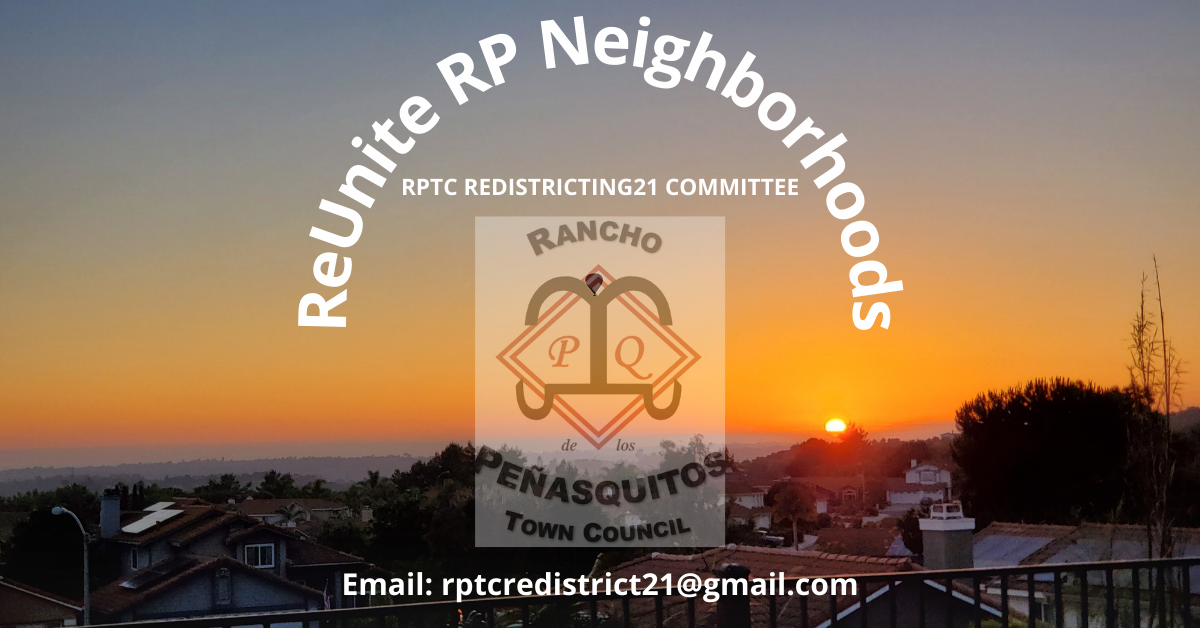 Rancho Peñasquitos Redistricting boundaries are a serious matter to many residents and will determine who our City Council representative will be, and what communities we will be joined within our City Council district.  Because of this, it is important that all our neighbors in 92129 take the time to review and fill out the survey below.

Once a decade, an independent City of San Diego Redistricting Commission is formed to lead San Diego’s effort to make sure the City’s nine elective council districts are balanced by population and reflect recent demographic changes.  The SDRC holds public monthly meetings on the 3rd Thursday of the month via ZOOM open to the public. Community comments must be submitted the day before the meetings.

This  City of San Diego’s ReDistricting Commission will create new evenly balanced boundaries for each of the city of San Diego council districts based on the 2020 U.S. Census plus community input received.

RP RESIDENT’S COMMUNITY REDISTRICTING SURVEY…This survey is intended to obtain the measure of the RP community as a whole with respect to satisfaction or dissatisfaction with the current City Council district boundaries, as well as a gauge of our community’s preferences regarding RPs favored district alignments with the neighboring communities. The survey results will be used to represent the interests of RP as a whole and no personal data will be transmitted in any form to anyone.